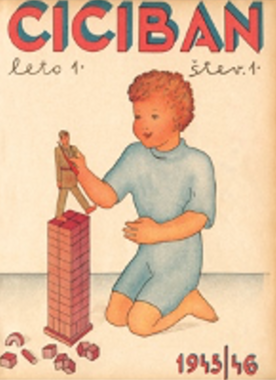 In postwar socialist Yugoslavia, with its consistent promotion of literacy, education, and aesthetic education, respectively, publishing for children (in the broader sense, encompassing illustrated fictional literary production, magazines, and educational texts) experienced unprecedented expansion. The sector attracted (especially in some parts of socialist Yugoslavia, particularly Slovenia, but to some extent in other Yugoslav republics as well) academically trained women professionals and artists who contributed thematically, formally, and aesthetically daring original productions for minors. Drawing on a broader study of Yugoslav socialist publishing for minors, my presentation focuses on the production of the early post-WWII years and examines it in terms of a revived (in research and cultural policy at present) notion of impact. Drawing on polysystem theory (Even-Zohar 1990, 2004), social reproduction theory in art (Dimitrakaki and Lloyd, 2017), and affect theory, I approach publishing for minors in the postwar period from the side of producers on the one hand, and readers on the other, as sites of labour and affective production. How did the publishing sector for minors (re)establish itself in the socially, economically, and institutionally devastated/in-becoming revolutionary post-World War II situation? Here I seek to explore the materiality of production, particularly in terms of the professional biographies of women working in the sector. I also ask how the emerging publishing sector for minors dealt with the precarious postwar situation of a generation of children who had experienced persecution and violence, orphanage and flight, famine, armed resistance, the victory of the PLA, and the everyday realities of the postwar period? The affective register, with "its capacity to make things that happen " is to be seen as a site of productive power and production of (historical) experience (Dawney 2012:641), which allows me to shed new light on the socialist endeavour of active social and political subjectivation of children. The approach helps in portraying the complex picture of the revolutionary historical experience in socialist Yugoslavia, overshadowed not only by the passage of time but also by the profound systemic, social, economic, and thus epistemic and affective changes. Katja Kobolt, researcher and curator, pursues the feminist impetus with questions on authorship, production and representation conditions as well as identity violence and works at the Scientific Research Center of the Slovenian Academy of Sciences and Arts in Ljubljana.