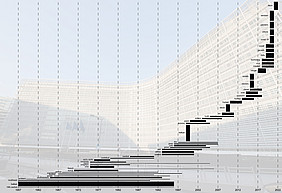 Dorian Jano: Europeanization of Polities, Politics, and Public Policies in Southeastern Europe, and how far has the region gone?

Post-communist transformations in the Western Balkans have been complex and multi-dimensional, where democratization and European integration is taking place in parallel to nation-and-state-building. Since 2000, the countries of the Western Balkans have had the prospect of joining the European Union. The process toward EU membership requires all countries from the Western Balkans to adapt EU legislation and institutions in line with EU standards and models. As a result of this process of Europeanization, the countries of the Western Balkans are expected to undergo important transformations and qualitative changes in the reorganization of state structure, domestic politics, and public policy. In this lecture, we will discuss the dynamics of Europeanization in the Western Balkan countries and the progress achieved so far. Overall, the impact of the European integration process is noticeable in all domestic political dimensions, from the most sensitive statehood issues to certain public sectors, albeit at different speeds and depths. The differentiated Europeanization is a result of the factors both at the EU level and the role played by domestic actors and institutions.

Dorian Jano is a Marie Skłodowska-Curie post-doctoral research fellow at the Centre for South-East European Studies at the University of Graz, working on the project “Revisiting Europeanization in Southeast Europe: An Historical Approach” funded from the European Union’s Horizon 2020 research and innovation programme under the Marie Sklodowska-Curie [grant number 891530]. He completed his studies in Italy and Greece and was a visiting fellow in the Clinton School of Public Service at the University of Arkansas (U.S.A), the Institute for European Integration at the Europa-Kolleg Hamburg (Germany), and the Institute for Advanced Studies at the Collegium Budapest (Hungary). He was formerly a Jean Monnet Chair in EU Enlargement and its Impact on the Western Balkans. His main research interests focus on issues of democratization and European Integration of Southeast Europe.