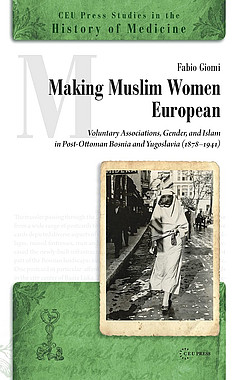 This lecture examines the transformation of gender relations among the Muslims of Bosnia-Herzegovina between 1878 and 1941. Following the Congress of Berlin, Bosnia was first occupied and then annexed by the Habsburg empire, before ultimately being integrated into the first Yugoslav state in 1918. During this period, the post-Ottoman fate of Bosnian Muslims became a subject of major interest for both academics and politicians in Western Europe. Some emphasized the religious otherness of Bosnian Muslims, considering them to be intrinsically “Asian” and “non-European” and therefore incompatible with the post-Ottoman development of Balkan society. Others focused on the common Slavic language Bosnian Muslims shared with non-Muslims, viewing them consequently as legitimate members of the Yugoslav--and by extension European--community of nations. This ambiguous location was internalized by the Muslim elite and became the basis for the elaboration of two different strategies of adaptation to the post-Ottoman circumstances of the Bosnian Muslims: the strengthening of the religious community on the one hand and integration into the Yugoslav national community on the other. The paper will show how both in discourse and practice gender played a key role in these conflicting ways of locating Bosnian Muslims in the post-Ottoman landscape.