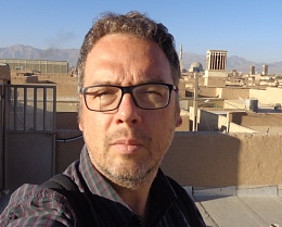 The goal of the lecture series is to grasp and compare reproductions of religion in Southeast European space as a social phenomenon. This will be accomplished by mediating an understanding for the relationship between religion, politics and society based upon the example of contemporary Southeast Europe. It will be illustrated through inputs from current research in the field and the inclusion of approaches from historiography, anthropology, sociology, and political science.

Isa Blumi will explore the different but equally precarious trajectories of Albanian Orthodox and Catholic Christians during the 20th Century. A 100 year period that catapulted Albanians from being secure Ottoman subjects to a violently persecuted "minority" in both the precarious Albania state that emerged, among the many states that subsequently annexed lands inhabited by them, and in the resulting diaspora as more than 3/4 of Catholics and 1/2 Orthodox Christian Albanians ended up in exile. The political, cultural, and economic consequences of these often very different histories will also receive attention with a particular focus on the violent interwar era and the Enver Hoxha period after World War II.

Isa Blumi is an Associate Professor of History and Contemporary Politics at Stockholm University's Department of Asian, Middle Eastern and Turkish Studies. He is currently on leave and is Associate Professor of International Studies at the American University of Sharjah where he teaches Gulf History, the Ottoman Empire, and themes related to Globalization.